This is an emergency. The science is clear, we are in a life or death situation of our own making. We must act now.

Extinction Rebellion (XR) is a non-violent direct action campaign group. It’s essentially a single-issue campaign, but that single issue is system change for the sake of the earth and all who call it home. XR is often mistaken for most campaigns or political groups that have come before, which sought to see a decision made or reversed, or a particular person or group elected. It’s bigger than that, there is no decision that could be made which wouldn’t still see us waking up with the climate emergency threatening everything. Instead, we are a catalytic movement.

XR is growing really quickly and Lambeth is one of the big London groups. Like all XR groups, XR Lambeth is decentralised and busy doing many different things. There are many working groups, affinity groups are forming all the time and anyone can be a part of it.

Billions of decisions got us into this mess, it will take billions of decisions to get us out. Most of the scientists say that basically isn’t possible unless everything is started at once and the urgency, like a war-time effort, doesn’t let up for decades. This is going to be difficult, but it’s the truth, a vital truth, and it’s time that we all act like it’s real.

We’re putting the electricity into the water. We’re changing the music to something true and encouraging all to come dance, and work out what the music means for them. This is how the billions of decisions will get made.

Find out how you can act now 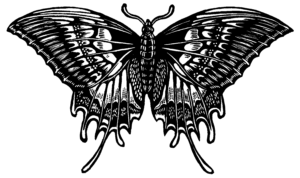