Last week saw London rebels help reclaim more than 5oo corporate advertising spaces in 15 European cities by subvertising them with designs from amazing artists who responded to a call from the Subvertisers International and Brandalism.

The two organisations, who work to challenge corporate advertising and its impact on our lives, shared a call out for designers to submit their artwork against airline and airport advertising as part of the International Week of Action Against Aviation Ads.  Subvertisers International says:

Aviation advertising is pushing extra flights in a climate emergency, using greenwash and promises of false solutions to drive up ticket sales, airport expansions and aviation industry profits. Aviation is one of the most climate-harming sectors with no meaningful commitments to reduce emissions or to securing a just transition for workers.

They also highlight how this is a climate justice  issue, whereby only a minority of people not only can afford to travel but also is responsible for the consequences air travel has on people and planet. For example, in the UK, 15% of the population take 70% of all flights (source: Possible). A design by satirical UK artist Darren Cullen and installed by rebels and other activists from Lambeth  near Loughborough Junction station highlights the elite’s carbon-intensive lifestyle and the greenwashing by airline companies: 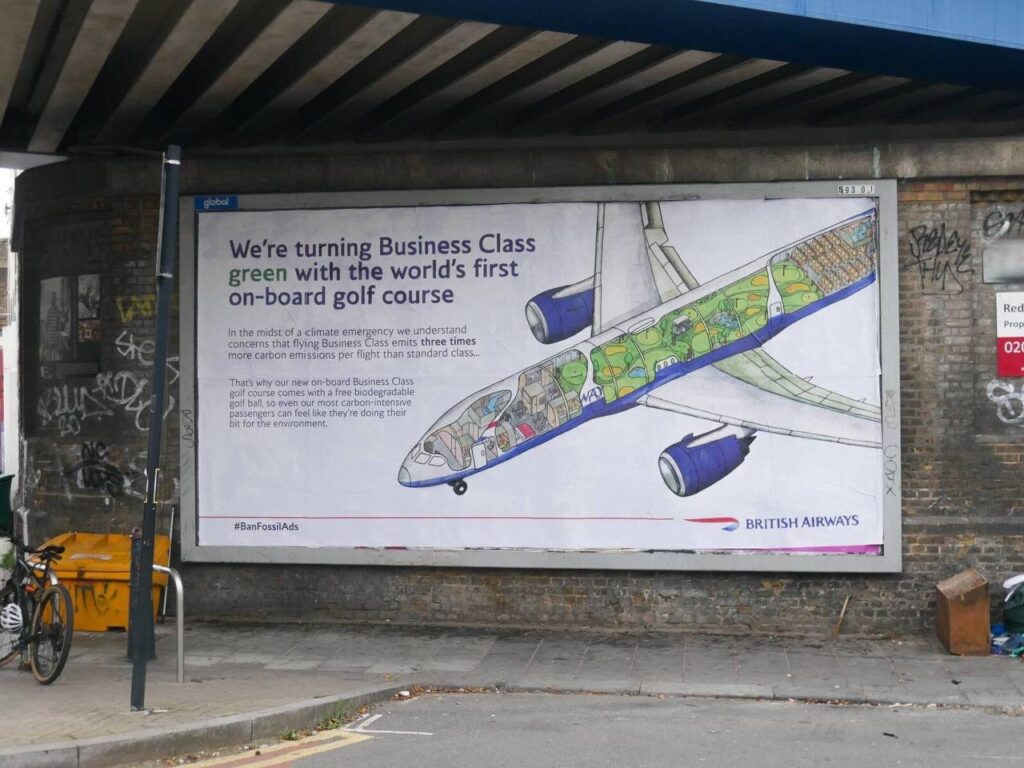 Lambeth rebels were also joined by friends from other boroughs to help install bus stop posters designed by various artists, who we recommend to give a follow: Michelle Tylicki, Street Market Subvertiser, Soofiya, Lindsay Grime, Hogre and Matt Bonner.

Here is a selection of the installs from Clapham Junction, Swiss Cottage, Waterloo, Lambeth North and on the way to Heathrow airport: 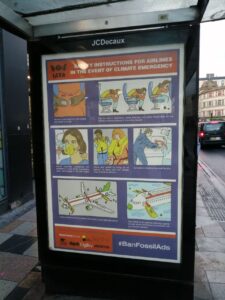 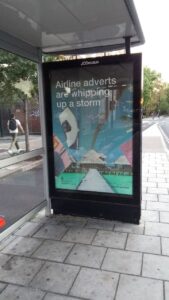 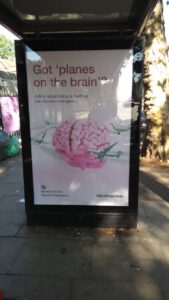 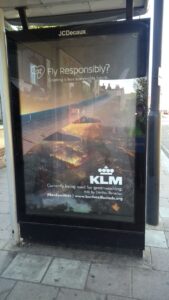 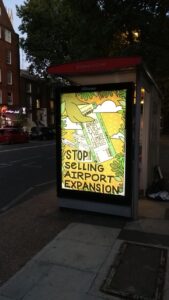 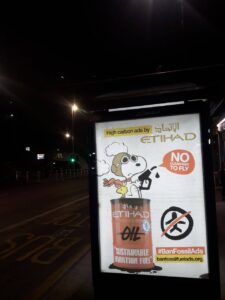 Read more about the campaign and the impact of airline advertising on people and planet on the Brandalism and Subvertisers International websites.

Interested in taking part in subvertising? Email us so we can add you to XR’s Paint the Streets chat!