On Tuesday and Wednesday, rebels from our local group joined actions to disrupt the Africa Energies Summit. One of the activists described what the conference was about:

“What’s happening here is unregulated oil companies signing exploitative new oil deals with debt-burdened African nations which need to cope with not only the pollution of oil exploration in their country, but the global effects of oil exploration – the drought, floods, food insecurity, displacement and conflict. This is not a conference – it is a crime scene disguised as a party.”

On the first day of the conference, activists disrupted both the outside and inside of the hotel, climbing to the outside balcony to drop a massive banner reading “End Oil Colonialism”, gluing to the front of the hotel.

One of our rebels joined the inside team who locked on to suitcases to block the entrance to the conference suite while broadcasting messages from African people affected by the companies represented in the conference. 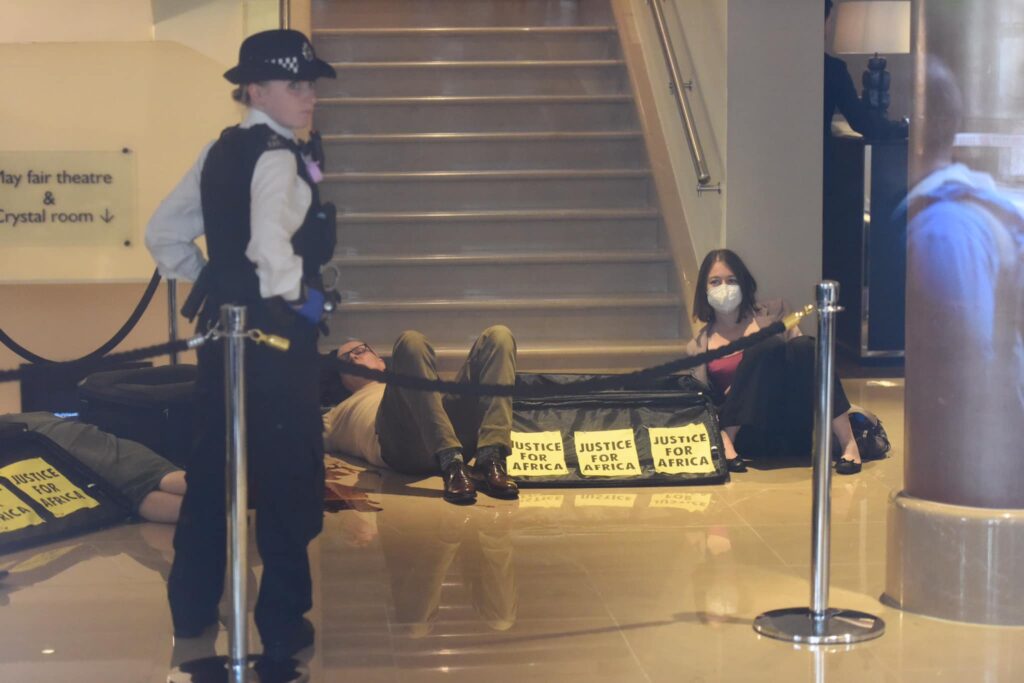 Lambeth rebel and activist with Africans Rising and Jubilee for Climate did an interview outside of the hotel:

The following day, two other local rebels joined friends from XR Cambridge to block the entrance to Gordon Ramsay’s Heddon Street Kitchen, where the conference’s gala dinner was to be held. A few delegates had to awkwardly step over rebels and pictures of African activists impacted by their decisions before the event was cancelled. 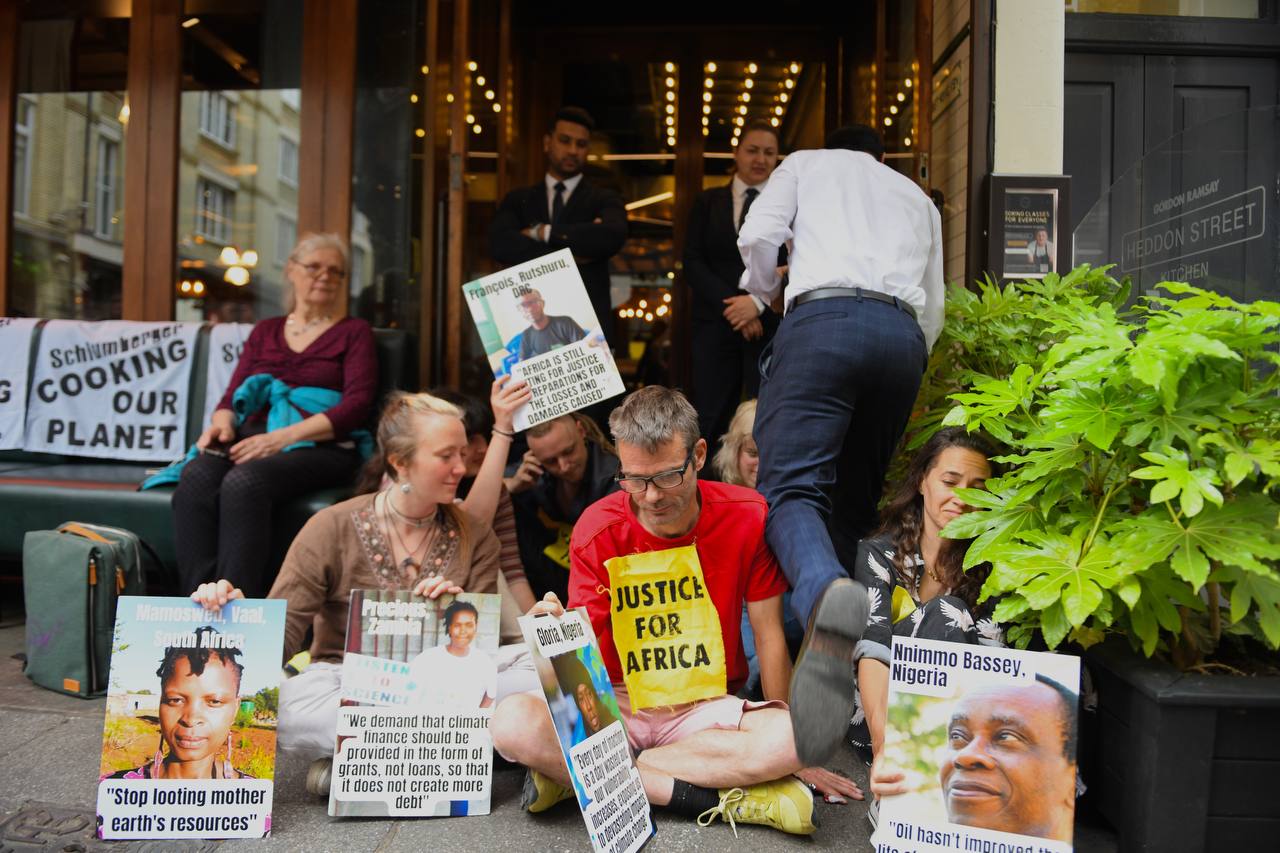