The posters from great artists featured below highlight the misleading adverts and aggressive lobbying by the two companies in relation to the climate crisis, as well the other issues caused by SUVs.

“Toyota and BMW use slick marketing campaigns to promote over-sized SUV models that clog up urban neighbourhoods. Electric SUVs are no solution – they’re too big for most parking spaces and their tall bumper size and excessive weight present an increased risk to pedestrians, especially children, involved in road collisions.”

In total, climate activists from the Subvertisers International and Brandalism  installed billboards, bus stops and tube ads in over a dozen cities in Europe, including London, Paris, Berlin and Brussels, building on the momentum to ban advertsising from top polluters, as was previously done with tobacco. 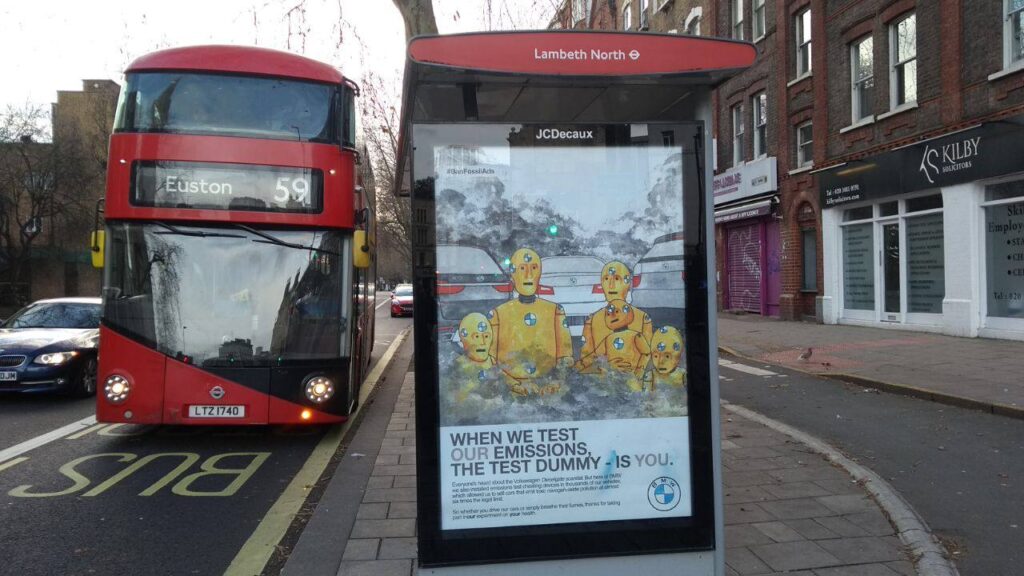 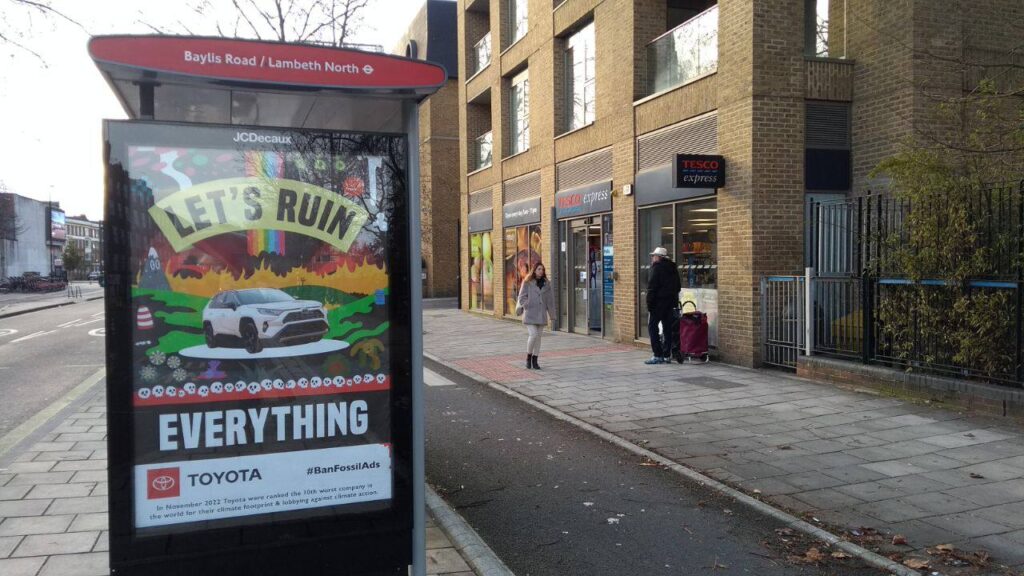 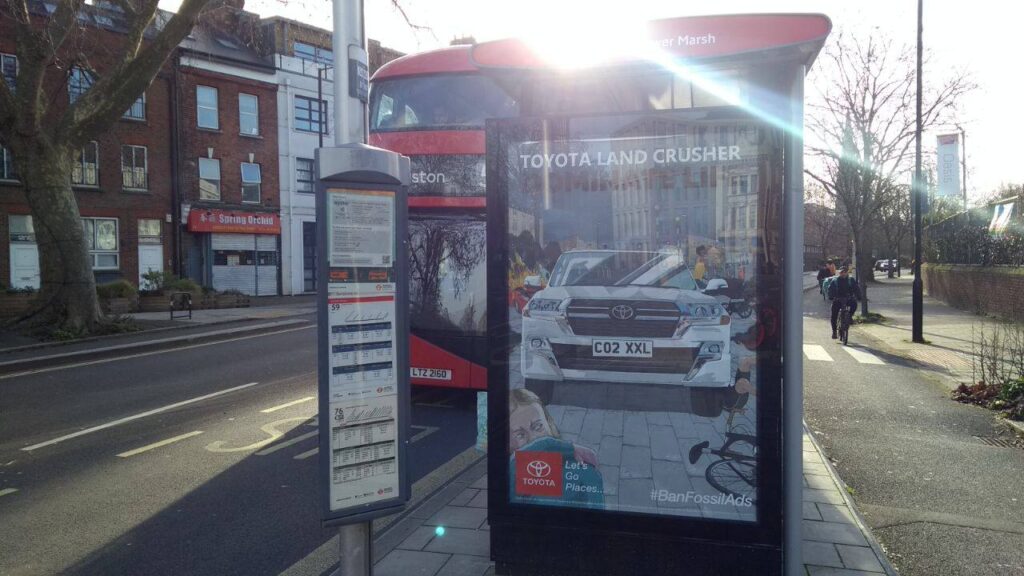 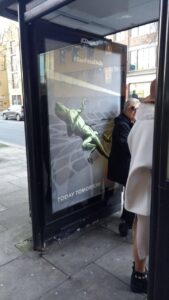 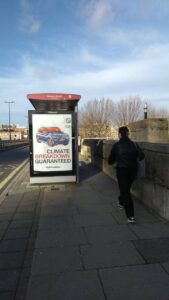 The posters  were designed by artists Matt Bonner, Darren Cullen, Fokawolf, Hogre, Javie Huxley, Joolzy, Lindsay Grime, Michelle Tylicki and Merny Wernz. They feature images of highly polluting Toyota and BMW vehicles such as the Toyota Land Cruiser and the BMW X5 and X7 SUV. One artwork has a Toyota Landcruiser driving through urban streets as pram-pushing pedestrians, children and cyclists rush to get out of the way. Another mock BMW advert has “Add Climate Breakdown” in parody reference to a real BMW advert that reads “Add Driving Pleasure”.

Seen one in Lambeth? Snap a pic and tag us @xrlambeth!

Live in South London and interested in subvertising? Join our local group!

Also check out Brandalism for all their amazing campaigns and join XR’s Paint the Streets Telegram group for upcoming campaigns including flyposting, tube and poster ads, billboards and many other ways to reclaim our public space!

Adapted from Brandalism’s post on their website:Toyota slammed for misleading adverts and anti-climate lobbying in hacked billboard campaign across Europe