On Saturday, Rebels from all over South London came together in Brockwell park to put on the South West Uprising. Aimed at promoting event to promote local Extinction Rebellion groups. This was the result of weeks of planning during which a team of dedicated Rebels, many from our own Lambeth group, worked tirelessly to organise and promote the event.

The intention was to communicate the friendly, welcoming atmosphere that we all feel from inside the movement while also communicating our message to as many people as possible, and on both fronts it was a resounding success.

Over the course of the day we saw hundreds of people visiting the various stalls, stopping to listen to talks, enjoying the great program of music or just relaxing and enjoying the laid back atmosphere. The art tent proved particularly popular, a queue winding up towards it for most of the day, resulting in many people sporting XR slogans and logos on their clothes as they left the park.

Among a stellar line-up of contributors was Mark Rylance who made a stirring speech on the main stage. The actor recently resigned from the Royal Shakespeare Company, in part in response to rising pressure on UK arts institutions from a number of campaigns, including a series of Lambeth led Extinction Rebellion actions, aimed at ending BP sponsorship of the arts. His appearance is an encouraging testament to the impact of those actions and we are incredibly fortunate to have him on our side.

There was also an impressively eclectic line up of music with both Johnny Flynn and Mellah playing a couple of brilliant sets while Phil Hartnoll, one half of the legendary Orbital, also entertained the crowd with some great tunes.

By the end of the day all involved were exhausted but happy and filled with optimism for the upcoming Climate Strike and International Rebellion. 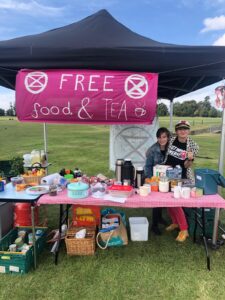 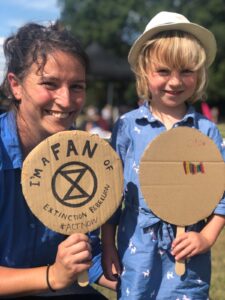 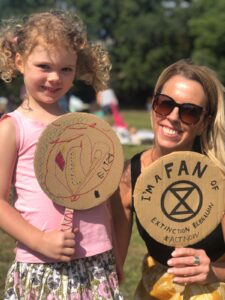 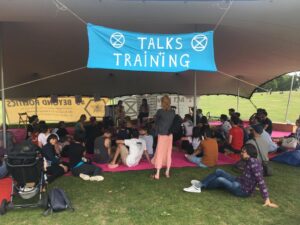 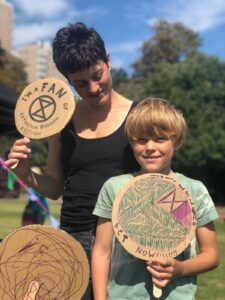 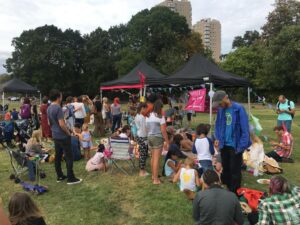