XR Lambeth rebels got busy this weekend calling out HSBC’s hypocrisy and environmental racism in a subvertising campaign at and around their Brixton branch.

Bus stops near the Electric, 02 Academy and police station have been improved with some posters that had first appeared around the UK in November last year as part of a Brandalism campaign. 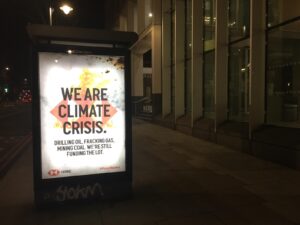 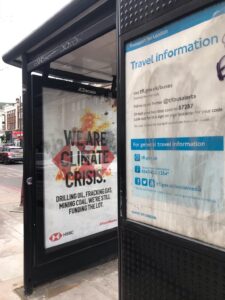 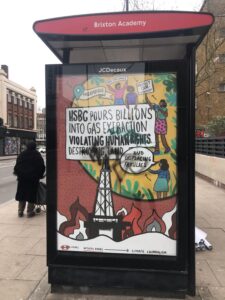 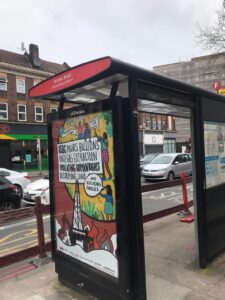 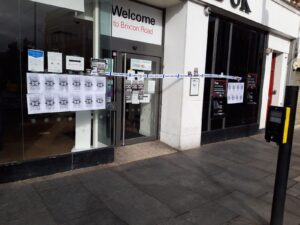 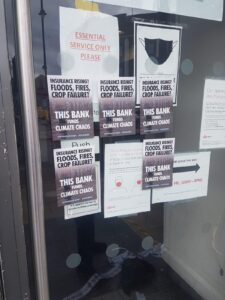 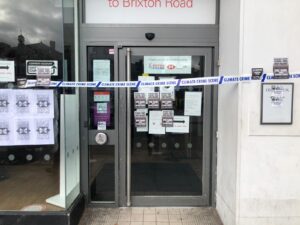 “HSBC is one of Europe’s largest banks and together with Barclays have been big funders of fossil fuels. Since the international Paris Climate Agreement was signed in 2015, HSBC have poured £67 billion into fossil fuels. In countries around the world, this has included:— £10.5 billion for offshore oil and gas drilling— £3.4 billion for fracked oil and gas — £2.3 billion for coal power plants. And £278 million for coal mining.— £2 billion in tar sands — £1.7 billion in Liquified Natural Gas (LNG) import and export companies. — £693 million in Arctic Oil and GasIf HSBC continues to fund fossil fuels, this makes them just as responsible for climate breakdown as BP, Shell or ExxonMobil.” Brandalism’s HSBC callout

More information about HSBC’s dirty practices on the Brandalism website

Get involved with XR’s Money Rebellion.