The launch of Lambeth’s Climate Action Plan (CAP) at the Town Hall on Wednesday evening was interrupted by a “die-in” performed by members of Extinction Rebellion Lambeth and other local campaigners.

After Claire Holland’s initial address, 4 individuals laid down, covered with white sheets and Death Certificates “to represent what will happen to us in Lambeth and elsewhere if we don’t act on our promises to address the climate and ecological emergency”. 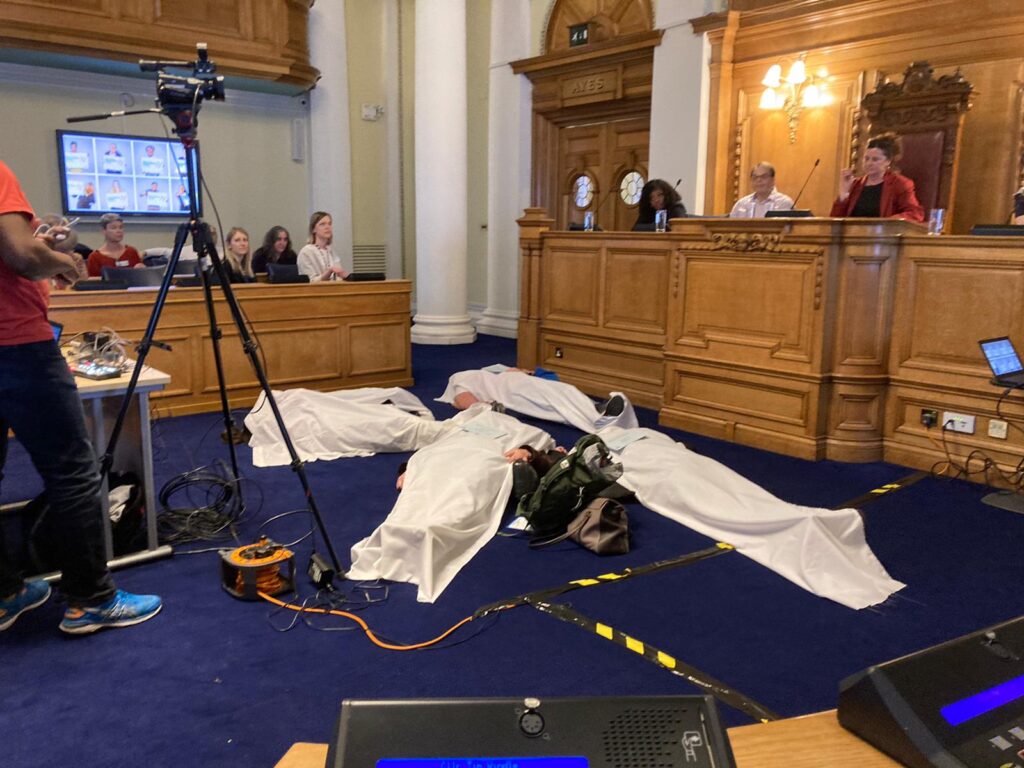 An XR member then spoke out, saying that they were “welcoming the Climate Action Plan but worried that it wouldn’t be matched with concrete, measurable actions”. Previous to this plan, Lambeth council received a meagre 37% mark from Climate Emergency UK on their 2021 commitments, much lower than most other London boroughs. They asked the council to lobby the government for additional funding “if the targets required resources that they were short of” as it was “their duty to demand it from the government in order to protect its citizens”. Other demands included that the council “drew on good practice and recommendations from neighbouring councils that had already implemented their CAPs and were recognised for what they set out to achieve, including Hammersmith and Fulham, named top London Council and 9th in the UK for its climate strategy“. Their Climate Action Plan received an 80% mark from Climate Emergency UK on their CAP scorecard. 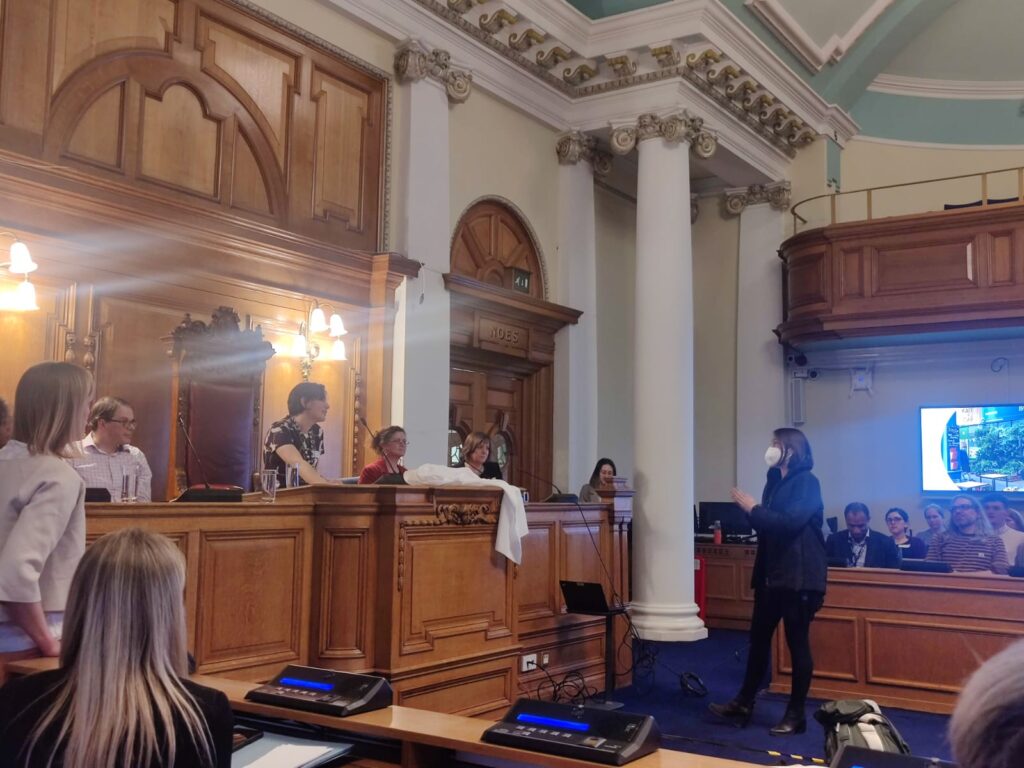 We invite the Council to recognise, as Hounslow Council did back in 2020, that the cost of inaction will be greater than implementing the radical changes needed to mitigate for the impact of the crisis and protect residents, especially the most vulnerable, who are those who are the most impacted.

We invite the Council to follow those local examples and set out urgently to implement specific and measurable actions by listening to and involving its residents.

This action followed last week’s rally in which local campaigners got together and expressed their views around local air pollution, food, housing, transport and workers’ rights.

Read comments from other residents during Monday’s online Cabinet meeting