This week a Lambeth rebel and other South London activists installed a spoof HSBC billboard ad in busy Herne Hill as part of Brandalism’s new campaign. Posters were also installed in bus shelters around Lambeth to raise awareness of HSBC’s empty promises and dirty practices.

Two designs were plastered across 100 cities in the UK and highlight the bank’s funding of climate destruction as  well as their support of antidemocratic activities such as the repression of Hong Kong activists.

We did this. Around 100 satirical posters have appeared on hacked billboards and bus stop ad spaces calling out #HSBC ‘s ‘net zero by 2050’ fossil fuel financing. 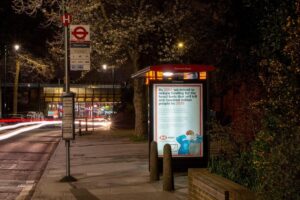 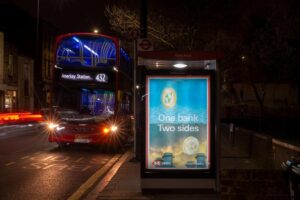 XR Lambeth is getting more active with subvertising (changing existing ads or creating spoof) and removing adverts that promote products and companies linked to the climate destruction and other forms of oppression as a way to raise awareness of these issues and the massive influence that marketing and advertising have on our lives and consumer choices.

Animal Rebellion recently had their own Macdonald’s subvertising campaign to call out the company on their huge contribution to deforestation: 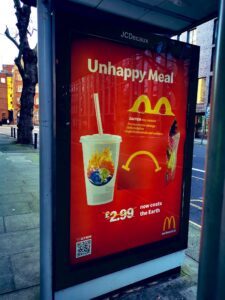