On Monday, Extinction Rebellion Lambeth paid a visit to Lambeth Council on its third anniversary of declaring a Climate Emergency. Members presented staff in the Town Hall with vegan donuts and a copy of Kate Raworth’s Doughnut Economics(1).

On 23rd January 2019, Lambeth Council passed a motion to declare a climate emergency, recognising that individual actions were not sufficient to tackle the climate and ecological crisis (2). While we recognise that the pandemic and the cuts to local councils’ budgets have had a significant impact on the borough’s operations, we ask that Lambeth Council take bolder and quicker actions which are commensurate with the urgency of the situation. The science is clear: we are on course to smash the so-called “safe” limit of a 1.5 degrees warming as set by the 2015 Paris agreement with consequences “so severe they go beyond the limits of what nations can adapt to” (3).

In passing the motion, the Council highlighted how Lambeth residents will be affected by the consequences of global warming and climate breakdown:

“My daughter was born at the end of 2018 after a summer heatwave that caused widespread drought, crop failures and a number of wildfires in the UK. And since then, we’ve experienced more extreme weather around the globe, including heatwaves, storms and flooding last year here in London.

As all parents can confirm, 3 years fly by! But the nights spent worrying over the suffering she and all of us are very likely to experience in coming years due to the consequences of climate breakdown, these nights are painfully long. Without radical intervention from our government and local authorities, what future lies ahead for our children?” 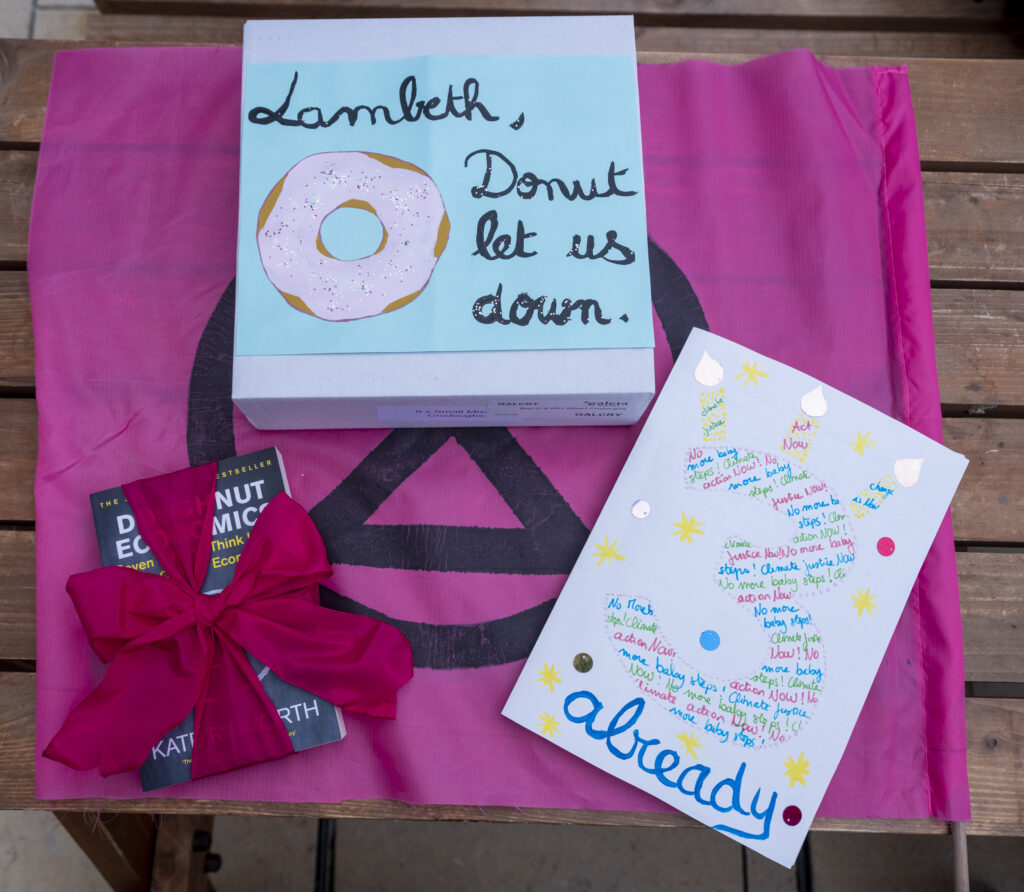 Now is not the time to dither or set unambitious or misleading goals (4). The borough needs to not only urgently implement their Citizens’ Assembly’s recommendations  (5)  -through what we expect to be the upcoming Action Plan- but also go beyond the targets set if it genuinely wants to protect and improve the lives of its citizens.

For example, the Council calculated that people’s homes made up over 40% of the total carbon emissions in the borough (6). The Assembly recommended that it retrofit homes as an effective way to reduce emissions, as well as supporting people on lower income. And yet, the council continues demolishing rather than refurbishing its estates (7), ignoring the embodied emissions from new builds (8) and displacing the very people it is meant to support.

“Since Lambeth Council are pleased to stand up as ‘the first Council to declare a Climate Emergency’, why have they not adapted their Homes for Lambeth plan and started to work on refurbishment rather than demolition?”

In the next months until the local elections, we will