South London rocks! Last week, rebels from 7 boroughs in South London met to  update each other on what they have been up to and start plotting events and actions! below is a recap along with useful links if you want to find out more and join

Greenwich are resuming face-to-face meetings in a new venue. They have been mainly busy with the campaign against the Silvertown tunnel along with other campaign groups, with a mass demo on the 26th of February (link to Facebook event) 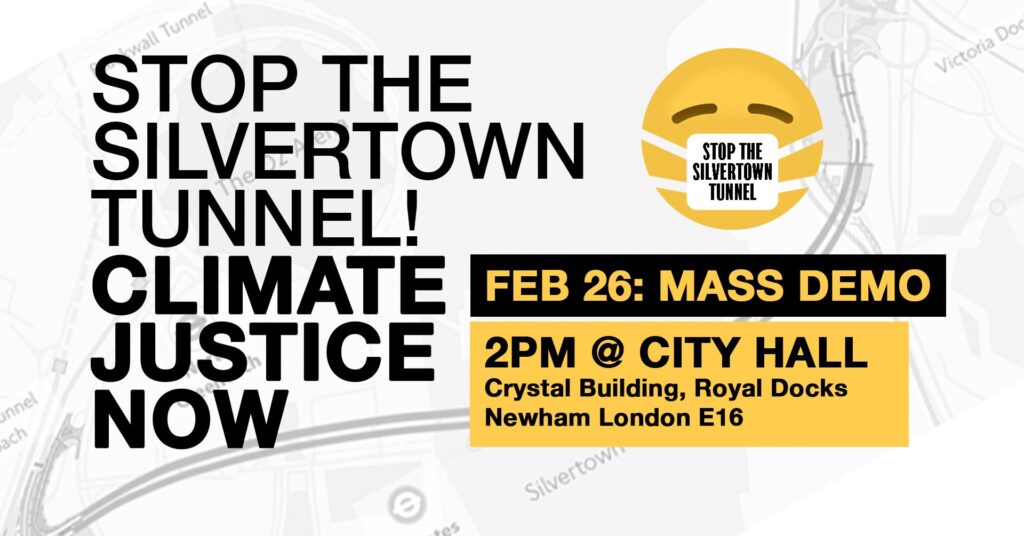 H&F have been busy targeting the Science Museum on their turf, calling out their sponsorship by TWO fossil fools fuel companies: Adani and Shell. They have been collaborating with XR Scientists, Youth, Lambeth and also other groups such as Fossil Free London. They are planning school boycotts of the museum with the NEC. 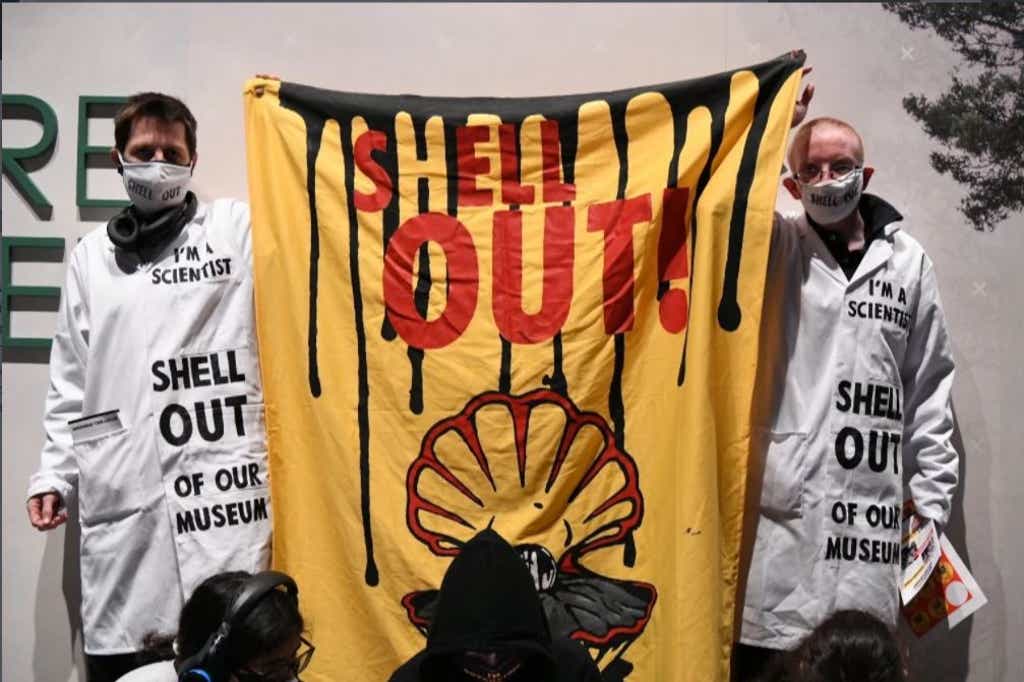 They are also taking part in the greenwash.earth campaign to call out PR and advertising campaigns helping to greenwash the image of big polluters such as, well, Shell, and the Football Rebellion, highlighting the risks of football clubs flooding (eg Queens Parks Rangers, Chelsea or Crystal Palace)

Finally, they have been teaaming up with Wandsworth and Richmond to do some outreach around flooding and river pollution.

In addition to supporting actions outside of the Science Museum, XR Lambeth have also been targeting Shell at their headquarters, situated in the borough on the Southbank. In November they organised their Oil Slickers action: 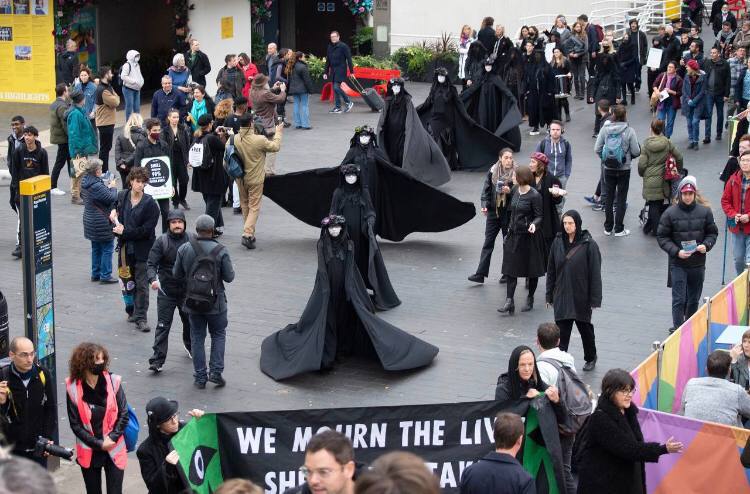 Lambeth has also been busy reorganising internally, especially to make the group more welcoming to new rebels. They have been working with other South London groups to start a monthly social event (see below) and new rebel and actions group chats (email them to get added). They are also currently busy implementing the 3.5 mobilisation strategy and outcomes of their People’s Assembly.

Locally, they have started a campaign to hold the council to account three years after they declared a Climate Emergency. They kicked things off with a gift the day after the anniversary and will be supporting events organised by other local campaign groups around housing and refurbishment for example (next one: Saturday 12th February). Watch this space for a big rallye in March before the council releases their Climate Action Plan.

Lewisham are working with Greenwich on the Stop the Silvertown Tunnel campaign. They are also involved in Grow Lewisham,  a fantastic group providing spaces to grow food and facilitating workshops.

The group is also resuming its in person meetings, the first one on Sunday 13th!

Richmond has been supporting various actions across London and, more locally. have been forming a coalition called Stop the Sewage with groups such as Thames 21 or Surfers against Sewage. They are working on getting other XR groups on board, too, and are planning a day of action on the 26th of February. The event is called Poo Pageant, we’ll leave you to picture what it will look like!

Southwark have been having fortnightly meetings and have multiple working groups to get involved with. The Lobbying group is organising a citizens’ jury, a smaller form of citizens’ assembly. They are also in conversation with various local community groups.

They are also working on targeting Shell, especially to continue the campaign started in the Netherlands now that Shell is moving to the UK!

Wandsworth have been supporting various local efforts, including the tree protectors in York Gardens (defending the felling of trees and demolition of social housing) and the local branch of Stand Up to Racism, with whom they did a Citizens’ Assembly. They also organised a bike ride to promote safer cycling and led the vigil outside of HMP Wandsworth where activist James Brown was being detained.

Their main campaign, Wake up Wandsworth, declares a rebellion against the local council for their inaction on the climate crisis. So far it has involved some great subvertising (billboards and flyposting), recreating a climate crime scen, and gatecrashing Wandswoth Climate Festival, who banned XR but invited Shell.. 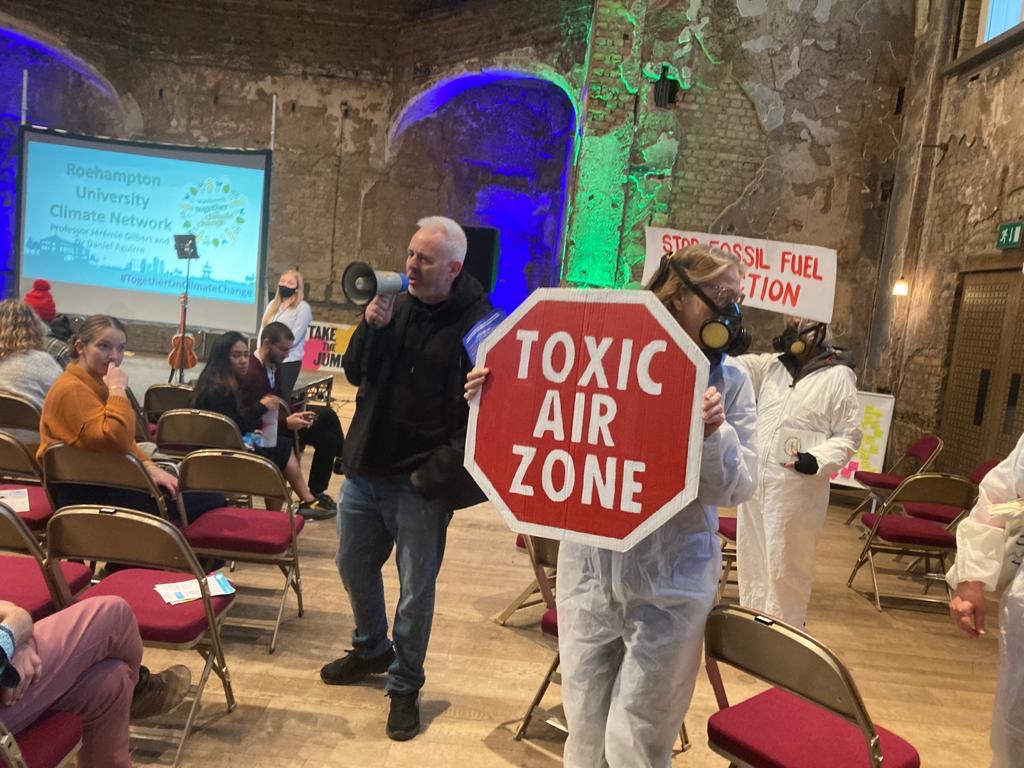 Last but not least, new and older rebels in Lambeth have been busy setting up a South London New Rebels Social, which will start on the 23rd of February and every third Wednesday of the month after that. We’ll be promoting it here shortly, but for now, save the date!

We also heard form the South London Drummers, who are meeting every Wednesday 6-8pm at Leake Street, North side of the tunnel, to practise. Everyone is invited, whether you can already play or don’t even own an instrument, Nigel will sort you out, just come and say hi!

We’ll also soon get busy with planning a local Summer Uprising for July 2022… well, after we’ve taken to the streets for the April Rebellion!